Like clockwork, JDK 14 was released on March 17, six months after JDK 13. From a ZGC point of view, this was a big release since we managed to complete several important milestones and improvements towards making it a fully production ready garbage collector. In total, more than 80 enhancements and bug fixes were committed to ZGC itself. More if you also count “ZGC related” commits done in other parts of HotSpot.

In this post I’ll highlight some of the more important and interesting ZGC enhancements. If you’re using ZGC today, I highly recommend you to upgrade to JDK 14. In short, you’ll get better performance, lower latency, new features, and improved stability. If you’re on JDK 11 or later, upgrading to 14 should be straight forward.

JEP 365 and JEP 364 brought Windows and macOS support to ZGC. Support for these platforms has perhaps been the most common feature request we received. All commonly used platforms are now supported, and the complete list looks like this.

For the record, at one point ZGC also had Solaris/SPARC support. It was never upstreamed to mainline because we saw early signs of JEP 362: Deprecate the Solaris and SPARC Ports on the horizon.

Windows users should note that ZGC requires Windows version 1803 (i.e. Windows 10 or Windows Server 2019) or later. The reason is that earlier versions of Windows lack the memory management API used by ZGC to do heap multi-mapping.

Is adding support for a new OS hard? Does it require a lot of work? Nah, not really. The part of ZGC that has OS-specific code is the part that does memory multi-mapping, i.e. mapping the same physical memory into more than one location in the process address space. So, it all comes down to what memory management API the OS offers, and how easy it is to work with. macOS is by far the most flexible in this regard, with its wonderful mach_vm_remap() system call (nope, Linux’s mremap() is not as wonderful). The macOS-specific code weighs in at about 300 lines of code. Windows needed slightly more work, mainly because its memory management API (especially the part dealing with address space reservations using MEM_{RESERVE,REPLACE,COALESCE}_PLACEHOLDERS) is not quite as flexible as the POSIX and Mach APIs. Still, it’s not that bad and the Windows-specific code weighs in at just under 1000 lines of code. As of this writing, 84% of the ZGC code is platform independent, shared by all operating systems and CPU architectures.

When using -XX:+AlwaysPreTouch you’re telling the GC to touch the heap (up to -Xms or -XX:InitialHeapSize) at startup. This will ensure that memory pages backing the heap are 1) actually allocated and 2) faulted in. By doing this at startup you avoid taking this cost later when the application is running and starts touching memory. Pre-touching the heap can be a sensible choice for some applications, but as always, it’s a trade-off since the startup time will be prolonged.

Prior to JDK 14, ZGC only used a single thread to do heap pre-touching. This meant that pre-touching could take a long time if the heap was huge. Now, ZGC uses multiple threads to do this work, which shortens the startup/pre-touch time substantially. On large machines with terabytes of memory, this reduction can translate into startup times on the order of seconds instead of minutes.

ZGC has always been awesome at scaling up to very large heaps, but not so awesome at scaling down to tiny heaps. Prior to JDK 14, using heaps smaller than 128M was not always a great experience. The main reason was that ZGC’s heap reserve became too large in proportion to the available heap, which sometimes resulted in an early OutOfMemoryError.

In short, the reserve is sized so that there’s enough room for each GC worker to allocate a private small ZPage (2M), and for all GC workers to share a single global medium ZPage (32M).

As we can see, the reserve can become proportionally large when the heap is small, leaving little room for the application. To address this, we did not change the principles for how large the heap reserve has to be. Instead we adjusted the inputs to this calculation in the following ways.

With these adjustments, ZGC scales down to 8M (and up to 16T) heaps without problems. The heap reserve is now at most 5% of the heap, but at least one small ZPage (2M). To better illustrate the improvement, let’s compare JDK 14 with JDK 13, and see what percentage of the heap is set aside for the reserve.

The JFR leak profiler is a handy tool, but it has until now been disabled when using ZGC. The leak profiler implements its own heap walking logic to find the path from a root to a given object in the object graph. Knowledge about such paths can be very useful when trying to track down memory leaks.

There were two reasons why the leak profiler was incompatible with ZGC.

Both issues were addressed and the JFR leak profiler now works nicely with ZGC.

The ZGC load barriers generated by the C2 Just-In-Time compiler have often been the root cause of bugs in ZGC. The way they were implemented sometimes caused bad interactions with some of C2’s optimization passes, resulting in sub-optimal and even broken code.

In JDK 14 we completely overhauled how C2 generates ZGC load barriers. Now, we’re basically staying out of C2’s sight until very late in the compiler pipeline. I won’t go into all the details here, but this basically means we avoid all interactions with optimization passes and we gain a lot more control over the code generation. For example, we can now easily guarantee that a safepoint-poll instruction can’t be scheduled in-between a load instruction and its associated load barrier, something that was previously hard to control and was the source of many bugs.

This overhaul significantly improved ZGC stability. In fact, it was so successful that this change was immediately backported to JDK 13.0.2 (at the time, the release of JDK 14 was still months away).

Time-To-Safepoint (TTSP) is the time from when the JVM orders all Java threads to stop until they have stopped. All threads will typically not come to a stop immediately or at the same time. A thread might be in the middle of some sensitive operation that needs to complete before it can reach a safepoint. A long TTSP can be just as bad as a long Safepoint operation, since it will prolong the time some of the threads are stopped. Again, this will have a negative impact on application response times.

Ok, that was a quick introdution to Safepoint and Time-To-Safepoint. Now, when the application asks the JVM to allocate an object, the JVM will not only allocate the object on the heap somewhere, it will also make sure the object’s fields are zero initialized. During zero initialization, the JVM is in a sensitive state where it has a half-baked object on the heap. The Java thread allocating this object is not allowed to stop at a safepoint until zero initialization has completed. If it were to stop at a safepoint, a GC cycle could potentially start and the GC would quickly stumble over an object with random data in it, resulting in a JVM crash.

So, Safepoint operations are effectively blocked/delayed during object allocation and initialization, which directly impacts TTSP negatively. This is not an problem when allocating normal/small objects. However, is it a problem when allocating large arrays (remember, the largest Java array can be 16GB in size), where the time it takes to zero initialize all array elements can be substantial, like several hundred milliseconds (or more if you’re unlucky).

To avoid this type of latency issue, we’ve implemented safepoint-aware array allocations in ZGC. This means that Java threads can come to a safepoint during zero initialization, without the risks mentioned above, and without impacting TTSP. Under the hood, ZGC will track these half-baked objects using a special root-set, internally called “invisible roots”. Array objects pointed to by invisible roots are treated differently in two ways.

In summary, with ZGC you can now allocate arrays of any size, without worrying about TTSP-related latency issues. ZGC is at this time the only garbage collector in HotSpot to offer this feature.

ZGC is relatively address space hungry. It uses address space to immunize itself against external heap fragmentation and thereby avoid running into situations where it has to compact the heap to find a hole big enough for an allocation. This is one of the reasons why ZGC handles large allocations so well. Reserving large parts of the process address space is essentially free of charge. There’s no physical memory backing that space, it’s just a reservation. Of course, the kernel needs a tiny bit of memory to keep track of the reservation, but we can safely ignore that in this context.

Prior to JDK 14, HotSpot required the Java heap to be placed in a contiguous address space. This had both pros and cons. Some fairly common operations, like figuring out if a pointer is pointing into the heap became an easy and efficient operation. You just need to compare the pointer with the start and the end address of the heap. On the other hand, sometimes the GC wants to place the heap in a specific address range (like when using compressed or colored oops). This could become problematic if, say, some part in the middle of the desired range was already occupied. For example, because of address space layout randomization, or because a custom Java launcher might have mapped memory in that range.

In JDK 14 we modified HotSpot to support Java heaps with a discontiguous address space. ZGC takes advantage of this by splitting the Java heap into two or more address spaces, should address space conflicts arise. 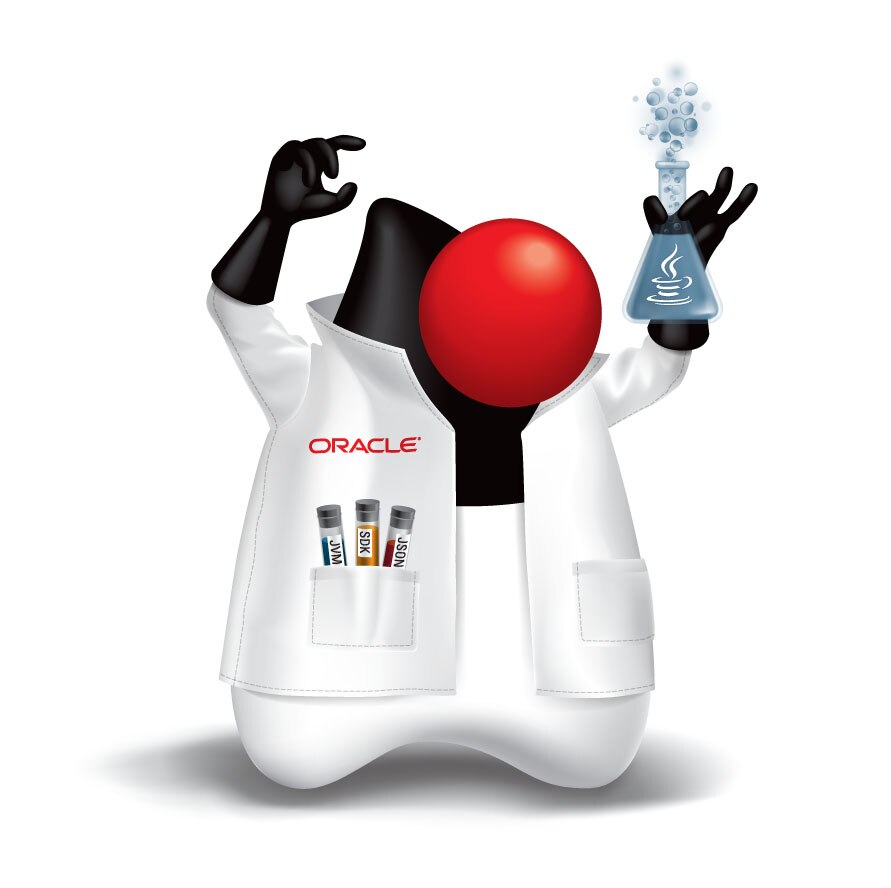 I’ll end this post with a quick glimpse into the future. Work on JDK 15 has been going on for a few months already (the JDK 14 feature-set was frozen already back in December when that release entered Rampdown Phase One and forked from mainline) and we have some exciting things in the pipeline.

I should stress that, as of this writing, these JEPs and enhancements have not yet been targeted to a release. We hope they make it into JDK 15, but we don’t know that yet.

More about these and other enhancements in a future post.